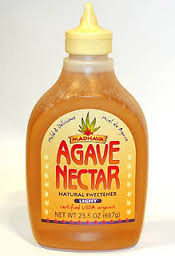 Last week I fielded a question on my Facebook page on the pro’s and con’s of artificial sweeteners and a product was brought up that I was not all to familiar with, that product, agave nectar. As a type 1 diabetic and not a fan of any artificial sweetener (hello sucralose), I decided to take a look and see what this “natural” alternative is all about.

Agave nectar is a natural sweetener, valued as a vegan alternative to honey and touted for its low glycemic index. Foods with a higher glycemic index (GI) tend to trigger a greater surge in blood sugar and insulin—the hormone that helps the sugar get into cells—just after eating. (These spikes can be particularly problematic for those with diabetes. High-GI foods also tend to make you hungry again sooner because they’re digested quickly.)

According to a study in the American Journal of Clinical Nutrition, agave’s GI value is about five times lower than table sugar’s. Currently no studies compare how, relative to other sugars, agave may affect blood-sugar control, but based on the buzz agave’s been generating, we’ll likely see research in the near future.

Agave nectar contains saponins and fructans. According to Dr. Sahelian, saponins, which are found on quinoa and many plant roots, including ginseng, have anti-inflammatory and immune system-boosting properties, including antimicrobial capability. In fact, the Aztecs used agave syrup to treat wounds because of its antibacterial properties. Inulin is a type of fructan or fiber that has many health benefits. Studies suggest that inulin can be effective in weight loss because of its low impact on blood sugar and its ability to increase satiety and decrease appetite. Inulin is also associated with lowering cholesterol, reducing the risk of certain cancers, and increasing the absorption of nutrients, such as isoflavones, calcium and magnesium. Inulin can also be found in some varieties of yogurt.

In addition, Dr Sahelian says fructans are not destroyed in the stomach and may be a delivery system for drugs to treat colon diseases such as ulcerative colitis, irritable bowel syndrome and Crohn’s disease.

If you are using or currently considering trying out agave nectar for the first time, start out small and make it appoint note any side effects that may occur. Another option is to run it by your doctor and receive their input as well especially for my fellow diabetics.

Agave Nectar for Diabetics – Side Effects:

Now to the meat of the matter and how it relates to your blood sugars. By far the most troubling and controversial side effects were noted in human clinical trials conducted by the Glycemic Research Institute. The group halted a five-year clinical study on the use of agave as a sweetener among diabetics due to unforeseen complications in insulin levels among diabetics taking agave syrup. It appeared that the agave nectar stimulated an insulin response despite the many claims to the contrary, not very surprising considering that agave syrups and nectars can contain up to 90% fructose (sugar found in fruits)

The group advises diabetics, particularly those having trouble regulating blood glucose levels, and anyone who may be at risk from metabolic syndrome or pre-diabetes to avoid agave nectar since it has no better affect on blood sugar levels than plain old sugar. 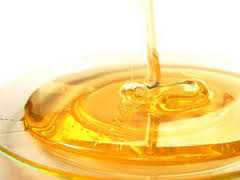 Many users reporting on various forums and bulletin boards claim that agave produced unpleasant side effects. The traditional herbal use for agave as a laxative may explain why some people experience stomach problems ranging from diarrhea to upset stomach. If stomach problems are an issue, use less agave or discontinue use.

Another dangerous side effect of agave  nectar is the potential for miscarriage in pregnant women. Agave nectar contains high amounts of saponins, a naturally occurring chemical that can stimulate blood flow. It has the potential to stimulate blood flow to the uterus and cause miscarriages so this is definitely something that you should discuss with your doctor if your currently using it or thinking of using it as an alternative.

If this article on agave nectar was helpful, please leave a comment right below my bio or hit the share button to share with your friends 😀