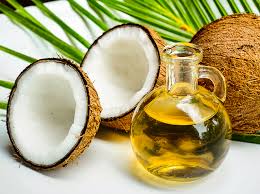 Let me just say that I absolutely LOVE coconut oil! We use if for baking, cooking and even to moisturize skin. Coconut oil is amazing and here’s why!

Coconut oil, a dietary cooking oil extracted from the coconut, includes antioxidant, anti-fungal, antibacterial and antimicrobial properties that stem from the existence of capric, caprylic and lauric acids found in the coconut oil.  The body uses these acids to combat internal and external stress, infections and diseases. Coconut oil is widely used for its benefits by weight loss dieters, athletes, and alternative and conventional medicine practitioners.  Coconut oil increases energy, sustains endurance, does not leave fatty deposits in the arteries or heart and has a lower caloric count than many other dietary oils.

Coconut accelerates the body’s metabolism by relieving stress on the pancreas.  Coconut oil contains healthy saturated fats that prevent foods from becoming incompletely digested, which in turn aids enzyme and thyroid function.  Naturopathic doctor Bruce Fife states that by substituting coconut oil for other oils in recipes, individuals end up eating less because the beneficial fats in coconut oil naturally make people feel fuller sooner than if they had ingested other dietary oils.  The coconut diet is not necessarily a “diet” because instead of limiting or restricting the dieter’s food intake, it replaces the widely used refined fats with coconut oil to incorporate a lifelong weight reduction plan that is based on the healthier coconut oil fat.

Coconut oil has many health benefits which are attributed to the presence of lauric acid.  When it is present in the body, lauric acid is converted into monolaurin, a compound that is highly toxic to viruses, bacteria, fungus’s and other microorganisms because of its ability to disrupt their lipid membranes and virtually destroy them. Monolaurin is effective for treating candida albicans, fungal infections and athlete’s foot.  It also targets bacterial infections and viruses like measles, influenza, hepatitis C and even HIV.

In fact, researchers from the Philippines are studying the effectiveness of lauric acid against HIV/AIDS due to its strong anti-viral properties.  Moreover, lauric acid is non-toxic, making it a better alternative to modern drugs that are typically prescribed for viruses as well as fungal and bacterial infections. Without lauric acid, monolaurin cannot be produced by the body.  Breast milk is the only other source of lauric acid, which must explain the lesser incidents of infections with breast-fed infants.  It has also been observed that regular consumption of boosts immunity and reduces incidences of sickness.

Bruce Fife’s “Coconut Cures: Preventing and Treating Common Health Problems with Coconut” explains that coconut oil is a rich source of antioxidants.  Its antioxidant benefits can be reaped by simply working coconut oil into your diet as an ingredient or cooking oil, since the beneficial compounds in coconut oil are very resistant to heat, according to “The Encyclopedia of Healing Foods. ” Increasing your antioxidant intake can have anti-aging benefits. Natural News reports that antioxidants seek out and attack free radicals, which can hasten cardiovascular disease, arthritis, weakened immune systems, loss of skin elasticity and other conditions that become more common with age.

The best kind to get is organic raw unprocessed extra virgin coconut oil. This will assure you that your product is unrefined, certified organic by USDA standards, and contains no added chemicals or genetically modified additives. You’ll also know your organic coconut oil is made only from fresh coconuts and is a solid at room temperature. The Philippines is the world’s largest exporter of organic coconut oil. 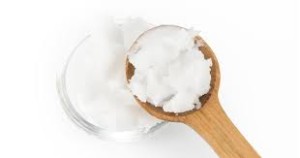 The Dangers Of Coconut Oil?

There are rarely any side effects for coconut oil. Occasionally a contact allergy may occur for certain individuals that are allergic to coconuts so if this is something that your aware of, you should certainly discuss with your doctor.

Some of the cleaning products created by coconut oil have been known to cause contact allergies as well, but it is not common. In fact, coconut oil is known for reducing side effects of  certain medications.

If this article on coconut oil was helpful, please leave a comment right below my bio or hit the share button to share with your friends 😀

« Health Benefits Of Legumes For People With Diabetes
Agave Nectar – Safe for Your Blood Sugar? »