Celiac Disease And Type 1 Diabetes, Is There A Connection?

What Is Celiac Disease:

Celiac disease is a digestive illness that occurs due to the ingestion of gluten. If you have celiac disease, your intestines cannot tolerate the presence of gliadin, which is a component of gluten. Gluten is present in wheat, barley, and rye. When a person with celiac disease eats foods with gluten, such as bread or cereal, their immune system inappropriately reacts to the ingested gluten and causes inflammation and injury to the small intestine. This results in symptoms such as diarrhea, bloating, and weight loss, as well as an inability to absorb important food nutrients.

Per the celiac disease foundation:

A recent study in 2013, contributed to by Dr. Peter Green, a member of Celiac Disease Foundation’s Medical Advisory Board found that there were no standard uniform practices for screening type 1 diabetes patients for celiac disease. Of the facilities in the study that did screen for celiac disease, 60% of them only did so if there were symptoms present. The authors of the study suggested that a uniform protocol for screening should be in place, as well as a need for further education on the gluten-free diet in patients with type 1 diabetes for dietitians.”(1)

The unfortunate part of this is that once you are diagnosed with an autoimmune disease, such as type 1 diabetes, you become prone to developing others.  As for the signs, symptoms and treatment options, lets take a look.

Celiac disease symptoms typically involve the intestines and digestive system. They can also affect other parts of the body and children as well as adults tend to have a different set of symptoms.  Those symptoms are as follows:

Children with celiac disease can feel tired and irritable. They may also be smaller than normal and have delayed puberty. Other common symptoms include:

How To Diagnose Celiac Disease In Adults

Adults with celiac disease may experience digestive symptoms. In most cases, however, symptoms also affect other areas of the body. These symptoms may include:

How Do You Get Celiac Disease:

While it’s not exactly know what activates the disease common factors are required for a person to develop celiac disease:

Those common factors include: 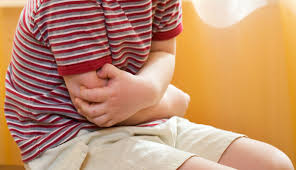 While there is no actual defined cures for celiac disease, treatment of the disease includes avoiding foods that contain gluten. A gluten-free diet for celiac disease consists of avoiding all foods that contain rye, wheat and barley in all forms. It is also important to read all labels carefully for these ingredients, as sometimes, they are listed under lesser know names ( For example, wheat may be referred to as spelt, triticale or khorasan)

There are many gluten-free alternatives that are now made with potato, rice, soy, or bean flour. Not only that plain meat, fish, fruits and vegetables are naturally gluten-free, so those with celiac disease can continue to eat these foods after diagnosis.  Also make sure you schedule an appointment with your nutritionist.  They will certainly be able to come up with a game plan so you can properly fuel your body while lessening the symptoms.