What Is Red Dye And How Can It Negatively Impact Your Health: 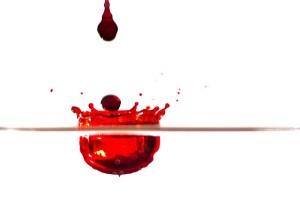 I fielded a question the other day pertaining to artificial dyes, red dye  particularly and why they were so dangerous. I knew it was bad but after doing some further research I was quite shocked at what I found out, lets take a closer look!

Artificial dyes can be found in more than just food products that you might expect. It is easy to see brightly colored candies and drinks and know instantly that they contain artificial dyes.  You need to be extremely careful and read the ingredient labels which reveals artificial dyes in many potentially surprising products.

The three most widely used culprits—Yellow 5, Yellow 6 and Red 40—contain compounds, including benzidine and 4-aminobiphenyl, that research shows has linked with Cancer! Why is this though? Lets look deeper into these dyes and check on how they are derived.

Where Does Red Dye 40 Come From:

Contrary to popular belief, red dye is not only found in food.  The truth is, red dye allergy can come from just about anything.  Food, personal care,  make up,  and even the toothpaste you’re using.  Artificial dyes are derived mostly from Pertroleum, or red dye is extracted from a beetle and then used for various purposes.  This dye has NO benefits to the body whatsoever, but lets take a good look at what this is linked to once assimilated (absorbed ) into the human body and blood stream.

Just like other types of allergies, common skin symptoms can be attributed to red dye allergy.  Itchiness, redness and slight swelling of the skin are some of these symptoms. Appearance of hives, rashes and thick bumps which contain fluid are also dermal signs of red dye allergy.  Angioedema is a more severe skin reaction caused by red dye allergy.  It’s characterized by the swelling of the deeper layers of the skin.  This might look like raised welt’s on the skin’s surface.  Angioedema can also be seen in the tongue, eyelids and the area surrounding the face.  Sounds fun, right?  Lets examine further.

Anyone who is allergic to a particular kind of food will have some type of gastrointestinal problem.  In this case, red dye can cause diarrhea, bloating or give you a gassy feeling.  It will usually start as a simple stomach ache.  Then it can progress to a more serious digestive problem, such as vomiting and persistent excretions.  Once the food with red dye has been excreted, the gastrointestinal stress will also cease.  This is why most people are wheezing, coughing or appear to have a general whistling in the chest.

Red dye allergy can cause certain parts of the respiratory system to swell.  It’s hard to diagnose people with red dye allergy, because most of the symptoms exhibited are too common.  The best example of which is fever and flu.  Itchiness of the throat, eyes and nose, as well as constant sneezing are also caused by red dye allergy.  While these symptoms can easily be treated with antibiotics and antihistamines, the allergy can go undetected for years.
END_OF_DOCUMENT_TOKEN_TO_BE_REPLACED