Sugar And Your Cholesterol:

Researchers have found a link between sugar and unhealthy levels of blood fats.  “There’s an association between added sugar intake and what we call dyslipidemia — higher triglycerides and lower HDL (“good”) cholesterol, says Rachel K. Johnson, RD, MPH, PhD, a professor of nutrition at the University of Vermont and a spokeswoman for the American Heart Association (AHA).

In a study published in the Journal of the American Medical Association (JAMA), people who ate the largest amounts of added sugar had the highest blood triglyceride levels and the lowest HDL (good) cholesterol levels. That study also showed that eating lots of sugar more than tripled the odds of having low HDL cholesterol levels, a strong risk factor for heart disease.

In contrast, people who ate the least sugar had the lowest triglyceride levels and highest HDL levels, a protective factor against heart disease.

But “the study doesn’t prove that added sugars cause dyslipidemia,” says Johnson, who wasn’t involved in the JAMA study.

Johnson says that to prove that sugar causes problems with blood fats, scientists would have to conduct a clinical trial in which some people ate a diet high in added sugar and others ate a diet low in added sugar.  Then researchers would track their triglyceride and cholesterol levels.  Such a study would be expensive and hard to carry out, she says.

However, Johnson points out that weight did not explain the JAMA findings.  “Obesity is obviously related to dyslipidemia, but based on the JAMA paper, the added sugars had an independent effect, separate and distinct from the added sugars’ impact on weight,” she says.

When your enzymes don’t break down the food correctly, undigested food particles can enter you bloodstream.  Your immune system sees these particles as foreign invaders and sets your body up to attack those invaders.  Next time you eat that same food your immune system is primed and ready and will attack.  This is an immune system response
that can show up as a rash, as stomach pains, or other allergy symptoms. 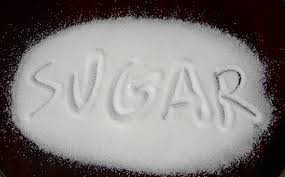 Eating sugars and the foods that you are now becoming allergic to will keep your immune system on constant high alert and put it in overload status.  A weak and exhausted immune system is no good to you when a real foreign invader shows up.  So another set of health problems caused by sugar – sickness and even chronic disease.

If you are limiting sugar in your diet, you might want to consume non-nutritive sweeteners, such as certified organic liquid stevia in your diet instead.  Because stevia does not affect your blood sugar as sugar can, it is less likely to contribute to additional diabetes related issues.  Talk to your physician about the safety of organic stevia, especially  if you are pregnant.

According to the American Pregnancy Association, sweeteners like rebaudioside A, acesulfame potassium, aspartame and sucralose might be safe for use during pregnancy, providing your physician gives you the OK to consume them, but honestly I would avoid artificial sweeteners such as these at all costs.