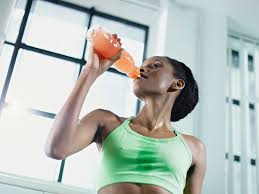 Bicarbonate (HCO3-) is an ion that acts as a buffer to maintain the normal levels of acidity (pH) in blood and other fluids in the body. Bicarbonate levels are measured to monitor the acidity of the blood and body fluids. The acidity is affected by foods or medications that we ingest and the function of the kidneys and lungs.

Phosphate (HPO4-) helps control the acidity level (pH) of the blood. Phosphate also causes calcium to be deposited in bones.

How To Replace Electrolytes For Diabetics:

Electrolyte imbalance in diabetes is primarily a result of elevated blood glucose. With hyperglycemia, the body tries to rid itself of the excess blood glucose by increasing urinary output. Increased urination produces water and electrolyte loss, which then upsets the body’s balance of electrolytes. The balance is especially disturbed between sodium and potassium. Symptoms of electrolyte imbalance include headache, fatigue, muscle pain and irritability, according to the Mayo Clinic. As cells become more starved of glucose for their energy needs, the body tries to compensate by providing another energy source. That source comes from fatty acids, which are less efficient energy producing chemicals. Fatty acid metabolism can lead to a buildup of a byproduct called ketones, which can upset the acid and base relationship of the body. That acid/base upset may result in a condition known as ketoacidosis, which can be severe and even life threatening.

Most people receive the electrolytes they need through food alone. However if you are in a hot climate and sweating due to temperature or if you are exercising then you run a higher 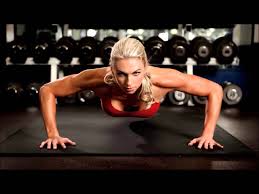 risk factor for becoming dehydrated. Electrolytes may then need to be replaced.

There are foods high in electrolytes and they are actually the best sources. Outside of food, there are a couple of fantastic supplements that also work great, such as my ultra greens.  You can check them out right here.

Water, although it hydrates, does not contain electrolytes (unless you were to add a pinch of salt or sugar). The best way to get electrolytes into your diet is to eat fruits and vegetables (especially potatoes, beans, citrus fruits, and bananas.)

« The Health Benefits Of Probiotics For Diabetics
Micronutrients vs Macronutrients, How Can They Effect Your Blood Sugar? »