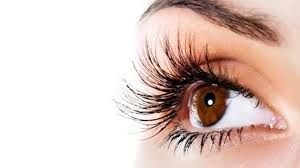 As diabetics we all know that good nutrition is vitally important to keep your eyes healthy and functioning their best throughout our lifetime.  Two very important eye nutrients that may reduce your risk for macular degeneration and have names you may not be familiar with:  lutein (LOO-teen) and zeaxanthin (zee-ah-ZAN-thin).

Why You Need Zeaxanthin In Your Diet:

Zeaxanthin is a main component of the macular pigment in the retina.  It is preferentially deposited over lutein in the center of the macular, the most important area for central vision.  It can also be found in the brain and other organs.

The role played by Zeaxanthin, is to sharpen central vision (the clearness with which objects stand out from their surroundings), reduce the effects of glare (blue light) and maintain healthy visual acuity.  These important functions all take place in the fovea, located in the center of the macula of the human eye. This is where the body requires a steady supply of the macular pigment zeaxanthin. Individual levels of zeaxanthin in the body are strongly influenced by diet.  Zeaxanthin cannot be produced by the human body and must come from dietary intake.
END_OF_DOCUMENT_TOKEN_TO_BE_REPLACED

Posted by Chris - The Organic Diabetic • Leave a Comment

The kiwi is a small fruit that is jam packed in nutrition. Ounce for ounce, it contains more vitamin C than an orange. The national fruit of China, where it has been called a macaque peach, vine pear, or hairy bush fruit, among other names, it was introduced to New Zealand at the turn of the last century.

The kiwi was called the Chinese gooseberry before its name was changed to kiwifruit upon its move to the USA in the 60’s. Currently, Italy, New Zealand, Chile, France, Japan and the United States are the world’s top producers of kiwis and it is also low GI which is great news for those who suffer from type 1 and type 2 diabetes. Lets take a look at some of the amazing health benefits!

Kiwi Seeds And Your Skin:

The skin and seeds also have a significant nutritional benefits. They contain an oil that is high in omega-3 fatty acids as well as alpha-linoleic acids. These two essential acids are not produced by the body and therefore must be acquired through diet. They are paramount in contributing to joint, heart and metabolic health. Kiwi fruit skin is edible and is another source of excellent dietary fiber as well as a flavonoid antioxidant.
END_OF_DOCUMENT_TOKEN_TO_BE_REPLACED