Insulin Basics: What Is Insulin & Stop With Cinnamon Claims.

Posted by Chris - The Organic Diabetic • Leave a Comment 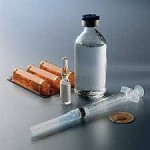 Over the past couple of days, we’ve been discussing several diabetes related topics but what about one of the most important ones, especially when it comes to keeping us type 1 diabetics alive. No I’m not talking about okra, some exotic fruit, cinnamon, or essential oil I’m talking about insulin!

Before we go there though, for those of you who make these claims (especially about okra and cinnamon) in regards to treating or as many of you like to say “cure” type 1 diabetes, you really need to stop. Over the past year I’ve been getting bombarded with sales pitches and I’m honestly tired of it. Cinnamon is a great antioxidant and comes with some fantastic health benefits but when it comes to type 1 diabetes, don’t you think if it was that easy, it would be mainstream information and the millions of us that battle with this disease day in and day out would avoid the BS that we deal with daily?

Or perhaps the miracle lies within the specially formulated product you are trying to sell me? Its utterly ridiculous, and the fact that you know nothing about the disease itself or how it works, you need to take a step back and take your products with you.

I mean, you realize that you produce insulin naturally, its a normal human bodily function.  What makes you think that okra, cinnamon, or your essential oil is going to magically wake up my dead beta cells (these are the cells that actually produce insulin, feel free to google, its a fascinating read).  Perhaps your cinnamon, shake or oil defies all science and type 1 diabetes research?

Or perhaps you have magic okra that you purchased from the same person who sold Jack his beanstalk beans? Perhaps the laws of physics cease to exist in your potent concoction? Either way you need to stop before you seriously put someone in a very bad predicament.

Now I can only talk about type 1 diabetes as this is what I  eat, breath and live with daily. With type 1 diabetes, the body’s immune system attacks part of its own pancreas. Scientists are not sure why, but the immune system mistakenly sees the insulin-producing cells in the pancreas as foreign, and destroys them. This attack is known as autoimmune disease.

Insulin is vital for survival because without it, simply put, life would cease to exist (including yours).  So what is insulin and why is it so important for type 1 diabetics, lets take a look!

So the most basic question, what is insulin? When you digest food, your body changes most of the food you eat into glucose (a form of sugar). Insulin allows this glucose to enter all the cells of your body and be used as energy. When you have diabetes, your body doesn’t make enough insulin (zero in the case of type 1, unless your in your honeymoon phase) or can’t use it properly, so the glucose builds up in your blood instead of moving into the cells. Too much glucose in the blood can lead to serious health problems.

All people who have type 1 and some people who have type 2 diabetes need to take insulin to help control their blood sugar levels. The goal is to keep your blood sugar level in a normal range as much as possible so you’ll stay healthy. Insulin can’t be taken by mouth. It is usually taken with injections (shots). It can also be taken with an pre filled syringe or an insulin pump.

Manufactured insulin comes in several types that differ in the way in which they act inside the body. Each type differs in three ways:

The four basic types and their respective onset, peak and duration are as follows:

END_OF_DOCUMENT_TOKEN_TO_BE_REPLACED 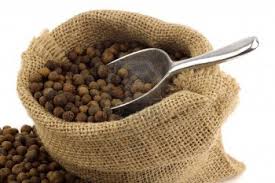 Allspice (aka Pimenta officinalis) is a mixture of clove, cinnamon, cardamom, pepper, and a few other spices all rolled into one to get a unique flavor. Allspice, also known as pimento or Jamaican pimento in the Caribbean, a spice used regularly by every household for cooking and baking, it is native to some countries of the Caribbean Islands and South America. Allspice oil is extracted by a process called steam distillation of its leaves and fruits. The oil made from the fruit is pale yellow in color and has a fresh, warm, spicy smell that can be used for many different things along with providing some amazing healthy benefits, lets take a further look!

For Aches And Pains:

Allspice is a traditional remedy for muscle aches and pain. To make sure it stays in contact with the painful area, herbalists often suggest making a poultice (plaster), by mixing ground allspice with just enough water to make a thick paste. It’s applied to the painful area and left on for at least 20 minutes. A thin piece of gauze may be applied over the allspice paste to prevent it from drying out and preventing mess.

Allspice encourages the circulation of blood within the body. This particular spice consequently helps you to enhance the optimal health and wellness. Tea made out of this particular spice can be used an energy drink. It calms the body and may additionally assist to unwind the mind as well as increase your mood.
END_OF_DOCUMENT_TOKEN_TO_BE_REPLACED