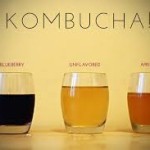 On the other side of the coin though, take a peek at the side effects listed below, especially as some relate to the effects on blood sugars.

Kombucha And Your Immune System:

Kombucha is rich in numerous antioxidants which strengthens the immune defense and boosts the energy levels of the body. The anti-inflammatory and anti-microbial properties of kombucha help in fighting various bacterial and viral infections. A study conducted on kombucha tea has validated the fact that oral administration of this drink may help in recovering from the compromised immune system thereby, helps in improving the protection mechanism of the body.

Side Effects Of Kombucha:

Per WebMD Kombucha tea, especially batches made at home where it’s hard to maintain a germ-free environment, can become contaminated with fungus (Aspergillus) and bacteria (including anthrax). In Iran, 20 people got anthrax infections from taking kombucha tea. This tea is likely unsafe in people with weakened immune systems, such as people with HIV/AIDS, who are more likely to get infections, as well as when it is prepared in a lead-glazed ceramic pot.  Lead poisoning has also been reported following ingestion of kombucha tea.  Several other notable side effects are listed below:

Make Your Own Kombucha:

For kombucha making purposes, the one thing that you will need is that lovely SCOBY that I mentioned above that houses the cultures used for brewing. The best place to get a SCOBY? See if you can contact another brewer, they multiply during brewing, so most regular brewers have plenty to spare. If you don’t know of a brewer, ask around, but if you can’t get one from an acquaintance, you should certainly be able to find one online for purchase.

A couple of other things that you will need?

As for the brewing process, check out the video listed above, its absolutely fantastic and lays out all the steps nicely. For me, I’m a visual learner and this make the entire process quite easy, enjoy!

Lastly, Kombucha has gained popularity in the US recently and is now available in many stores if you don’t plan on making your own. There are several really good brands and if you choose to buy it, just look for an organic variety without a large amount of sugar.

« Diabetic Eye Health, How Lutein Can Help!
The Glycemic Load And How It Helps Manage Your Blood Sugars. »