What Is C-Peptide? How Does It Play A Factor In Type 1 Diabetes? 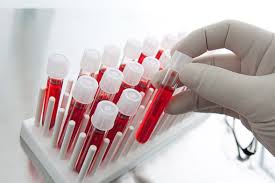 Its a fantastic question and was a test that was run on me to confirm my type 1 diagnosis. A c-peptide!  What is it?  What is the purpose and why do they use this particular test in order to confirm a type 1 diabetes diagnosis?  Lets take a closer look!

C-peptide, similar to the hormone insulin is produced in the pancreas.  Both are released simultaneously from the pancreas where a compound called pro-insulin is split into two pieces.

As we are aware by now, Insulin is responsible for regulating the body’s glucose levels. Glucose, the body’s main source of energy, is a sugar that comes from foods.  After a meal, our bodies break down the foods we eat into glucose and other nutrients, which are then absorbed into the bloodstream to give us the energy we need in order to fuel our bodies. Glucose levels in the blood rise after a meal and trigger the pancreas to make insulin and release it into the blood, and when insulin is released, so is C-peptide.

Although both are released into the blood stream simultaneous, C-peptide has zero effect on our blood sugar levels. That being said, it is extremely useful as its used as a marker of insulin production, since the pancreas typically releases C-peptide and insulin in about equal amounts.

How Is A C-Peptide Test Performed?

Its really a simple test that needs to be performed and can get done right at your endocrinologist office.  To measure level of c-peptide a fasting blood test is taken.  You will be asked not to eat or drink (certain fluids) for 8 to 12 hours before the test.  Also, if you take blood glucose lowering medication you will likely be asked to stop taking these in the run up to the test.

For the blood test itself, a sample of blood will be taken from your arm and it shouldn’t take much more than a minute.  Its identical to how most blood tests are performed at your routine labs, and levels of c-peptide will be measured as well as your blood glucose level.

So what about the c peptide level interpretation? Per the NIH, 0.5 to 2.0 nanograms per milliliter (ng/mL) are considered normal amounts of c-peptide in the blood stream upon eating and your pancreas releasing insulin to cover those carbohydrates.

Granted, normal value ranges may vary slightly among different laboratories and some labs use different measurements or test different samples. Its always a good idea to talk to your doctor about the meaning of your specific test results.

Lastly, you might also ask your doctor about taking another measure of your c-peptide level as there is always the possibility that there was a laboratory error. Also, as your diabetes progresses, your c-peptide level may decrease requiring you in increase your current insulin needs.

« The Dangers Of Sucralose, Why Is It Considered Diabetic Friendly?
Skin Conditions And Type 1 Diabetes, What Is Necrobiosis Lipoidica Diabeticorum? »