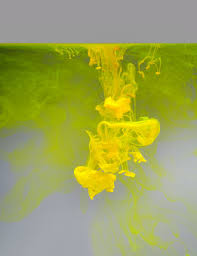 Last Friday I we discussed red dye in one of my blog posts.  Well, this week I would like to expand on that with yellow 5 dye.  As mentioned last week,  artificial dyes can be found in more than just food products that you might expect.  It is easy to see brightly colored candies and drinks and know instantly that they contain artificial dyes.  You need to be extremely careful and read the ingredient labels which reveals artificial dyes in many potentially surprising products including Personal Care Products & Skin Care.

As mentioned last week, the three most widely used culprits—Yellow 5, Yellow 6 and Red 40—contain compounds, including benzidine and 4-aminobiphenyl, that research shows has linked with cancer!  Why is this though?  Lets take a closer look at yellow 5 dye!

What Is Yellow 5 Dye:

Yellow 5 dye is also known as tartrazine or E102.  Yellow 5 is widely used in the making of potato chips, jams, candy, drinks and even pet food.  It is also added to shampoo and other cosmetic products, as well as vitamins and certain medications.  Yellow 5 is banned in Austria and Norway, and other European countries have issued warnings about their possible side effects, however it is still freely and extensively used within the United Sates. Why does yellow 5 get a bad wrap in other countries but not the United States, well, check this out.

The April 1, 2013 Code of Federal Regulations declare label statements for Yellow 5 must include a warning statement that the color additive may cause allergic reactions, such as asthma.  The label can state the low rate of sensitivity related to tartrazine, but must note its prevalence in patients with aspirin hypersensitivity.  The strong connection between sensitivity to Yellow 5 and aspirin is presented in multiple studies.  A case study published in the June 2006 issue of “Allergology International,” reported multiple chemical sensitivities in a 5-year-old girl.  Colorful sweets such as candies and jellybeans triggered her symptoms.  Researchers discovered the patient suffered from sensitivity to non-steroidal anti-inflammatory drugs, such as aspirin, and tartrazine, an azo  dye.

Yellow 5 dye seems to cause hyperactivity in some people. The Food Standards Agency, FSA, which is UK’s equivalent to the FDA, issued a warning in 2008 about certain food colorings. The warning said that certain colorings, including tartrazine, can cause behavioral changes in children that included loss of concentration and impulsive, hard-to-control activity.  The recommendation is to avoid or limit consumption of products that contain yellow 5.  If a person develops hyperactive behavior, try eliminating this coloring from the diet or other products and pay attention to the changes that follow.

In their summary of studies on food dyes, the Center for Science in the Public Interest reports earlier studies that failed to show cancer causing or toxic effects of Yellow 5, w 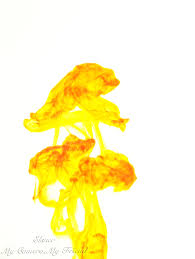 ere flawed.  They did not comply with the minimum FDA standards for the age, number of animal subjects used, and some testing requirements for carcinogenic/chronic toxicity studies.  In addition, the industry sponsored studies failed to use maximally tolerated dosages.  CSPI determined the FDA limits for the carcinogens benzidine and 4-aminobiphenyl, were inadequately tested.  They failed to account for the higher consumption of Yellow 5 by people who are more sensitive to cancer-causing agents. CSPI recommends all carcinogens be removed from food dyes.

The July 2006 issue of the “Journal of Clinical Psychiatry” published a study to determine if allergies to food or to food additives were causing intolerance to psychotropic drugs.  Of the 2210 patients given drugs containing tartrazine, 83 developed allergic reactions.  None of the study subjects reacted to drugs not containing tartrazine.  Researchers determined, in patients exhibiting drug sensitivity, tartrazine allergy should be tested and the medications should be replaced with non-tartrazine-containing drugs.  Yellow 5 has been linked to several other health problems, including blurred vision, migraines, fatigue and anxiety. It might also cause chromosomal damage, although this has not been properly studied or documented.

How To Avoid Yellow 5 Dye:

Consider the names of Yellow 5 dye mentioned above. Carefully read the labels of food, cosmetics, skin care as well as personal care products you want to buy. Refer to the sources mentioned previously so you can be guided.  If you’re in a drug store, ask the pharmacist if the medicine you’re about to buy contains yellow dye so you can avoid those products.

If this article on how yellow 5 dye affects the body was helpful, please leave a comment below or hit the share button to share with your friends 😀

« Hidden Toxins In Your Food!
Dangers Of Hand Sanitizer »